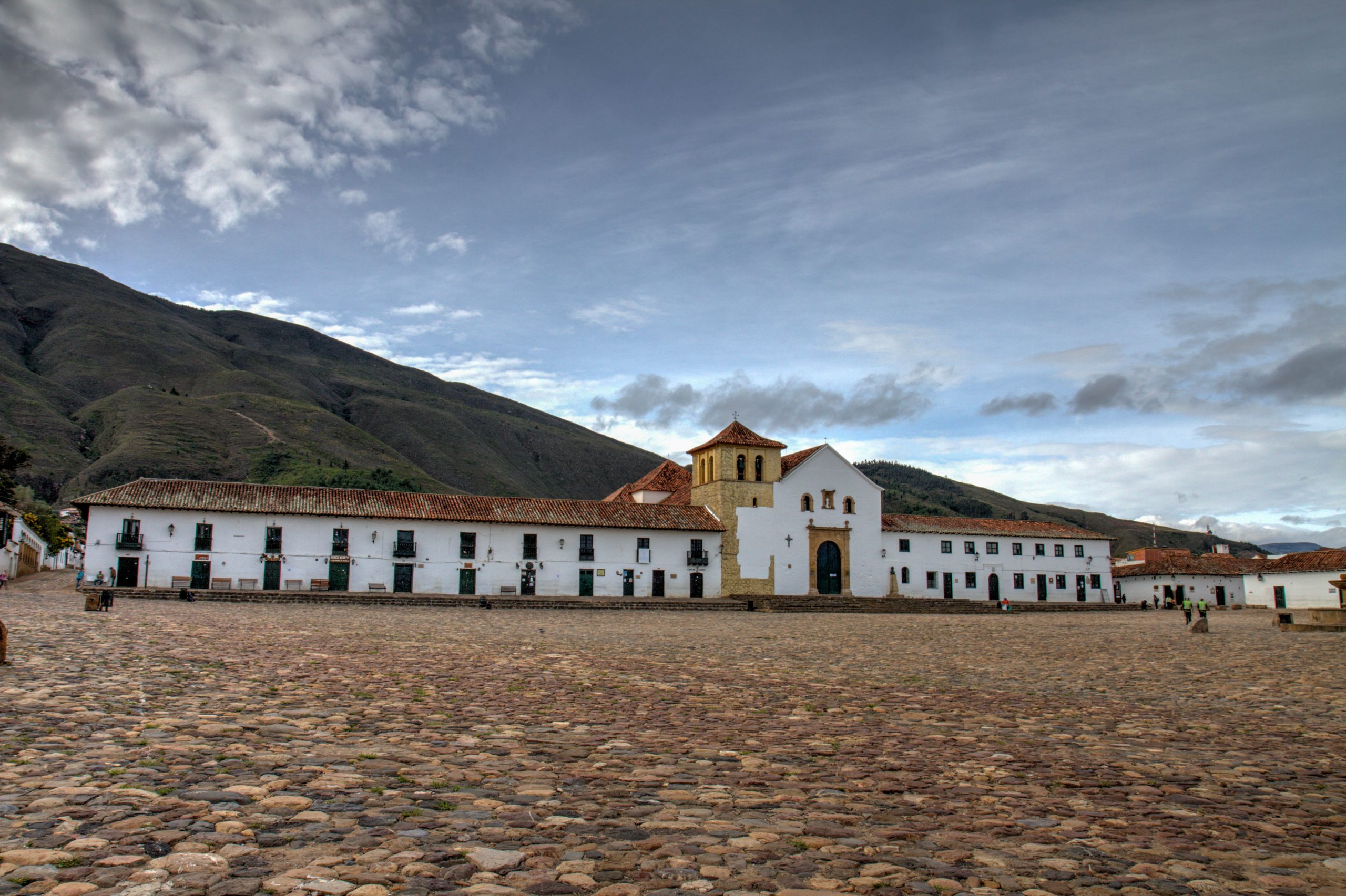 One of the most beautiful colonial villages in Colombia, Villa de Leyva is a city frozen in time. Declared a national monument in 1954, the photogenic village has been preserved in its entirety, with cobblestone roads and whitewashed buildings.

Located away from major trade routes in a high altitude valley of semi-desert terrain, and with no mineral deposits nearby to exploit, the town has undergone little development in the last 400 years. As a consequence, it is one of the few towns in Colombia to have preserved much of its original colonial style and architecture: the streets and large central plaza are still paved with cobblestones, and many buildings date from the sixteenth century.

In the centre of the town is the Plaza Mayor, which at 14,000 square meters is the largest square in Colombia and believed to be the largest entirely cobbled square in South America.