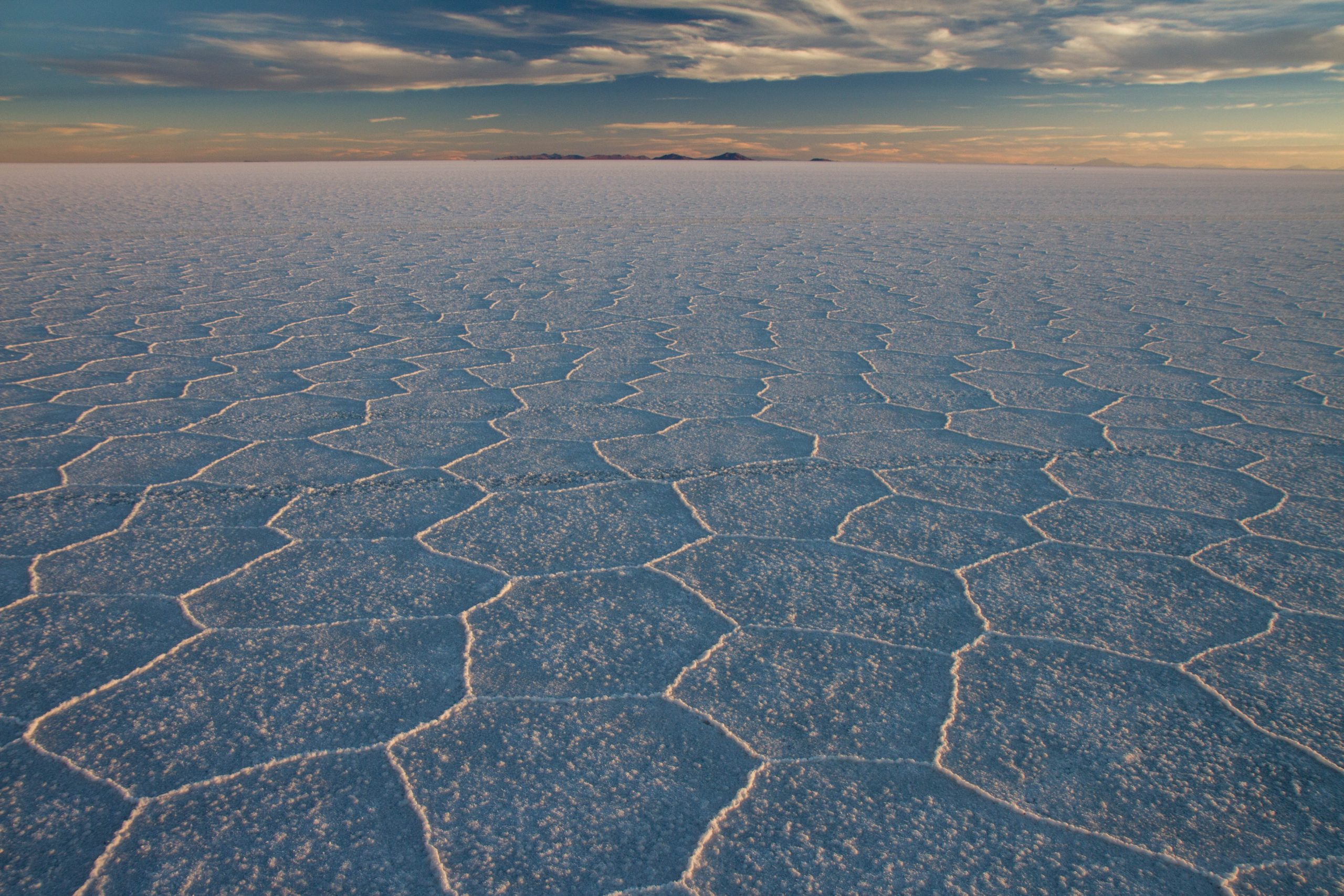 Uyuni Salt Flats (Salar de Uyuni) is the world’s largest salt flat, at 10,582 square kilometers (4,086 sq mi). It is in the Daniel Campos Province in Potosí in southwest Bolivia, near the crest of the Andes and is at an elevation of 3,656 meters (11,995 ft) above sea level.

The Salar was formed as a result of transformations between several prehistoric lakes. It is covered by a few meters of salt crust, which has an extraordinary flatness with the average elevation variations within one meter over the entire area of the Salar. The crust serves as a source of salt and covers a pool of brine, which is exceptionally rich in lithium. It contains 50% to 70% of the world’s known lithium reserves.  The large area, clear skies, and exceptional flatness of the surface make the Salar an ideal object for calibrating the altimeters of Earth observation satellites. Following rain, a thin layer of dead calm water transforms the flat into the world’s largest mirror, 129 kilometres (80 miles) across.

The Salar serves as the major transport route across the Bolivian Altiplano and is a major breeding ground for several species of flamingos.

Its truly one of the most amazing places in South America.

The Dakar Monument was created in 2014 to celebrate the arrival of the famous rally to the Salar. It has since been a massive draw card for tourists that visit the Salar every year.

It’s steel vs salt in this unique grave yard of old trains, some dating back to the early 20th century and mostly from Britain.

This island sit in the middle of the Salar, and if that is not amazing enough it is also covered in giant cacti.

Video Time Lapse of the Salar

Video Blog of the Salar