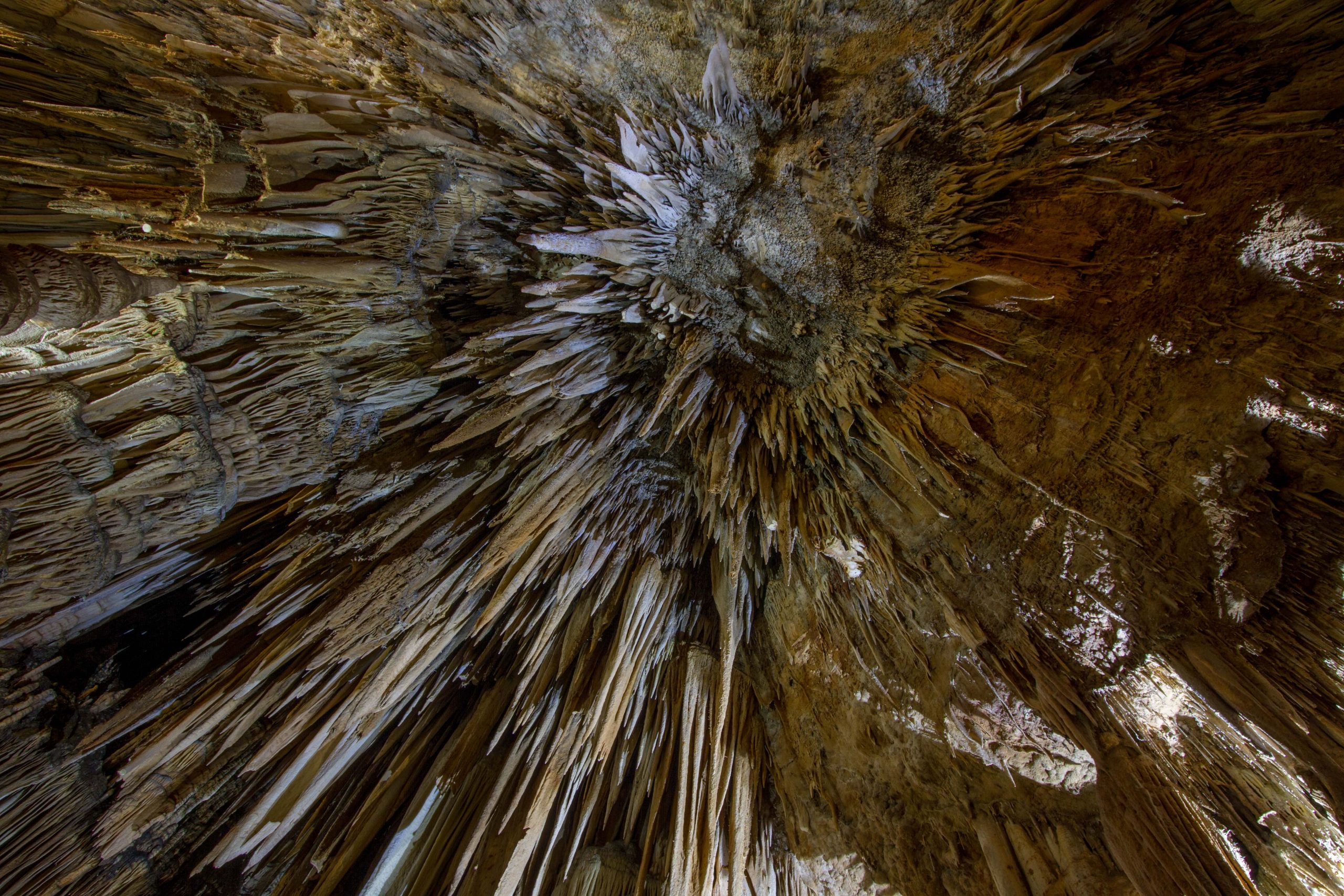 Caverna do Diabo (Devil’s Cave) is a cave located within the Jacupiranga State Park, in the municipality of Eldorado Paulista, Iporanga, 280 km from São Paulo, Brazil. It is the second longest cave in the state of São Paulo.

Of the 6.237 meters of the cave whose entrance measures approximately 40 meters high, 3.200 meters have already been surveyed, of which only 700 meters are free for tourists. It measures 152 deep from one side of the cave to the other. All this area has a sound system and lighting, walkways, stairs and handrails for safety measures.

Once discovered the cave was then named Caverna da Tapagem, meaning “mysterious place”. Some legends were responsible for the appearance of the most popular pseudonym Devil’s Cave around 1964, for the Indians who inhabited the vicinity of the cave believed that if they were hit by drops of water from the ceiling, they would be then transformed into stone. To them, the strange geological formations which called their attention were in fact people and other animals that had been petrified by the constant dripping in the cave. Those who later inhabited the site, also believed that the noises heard at the entrance of the cave were groans of lost souls who had been punished by the devil.