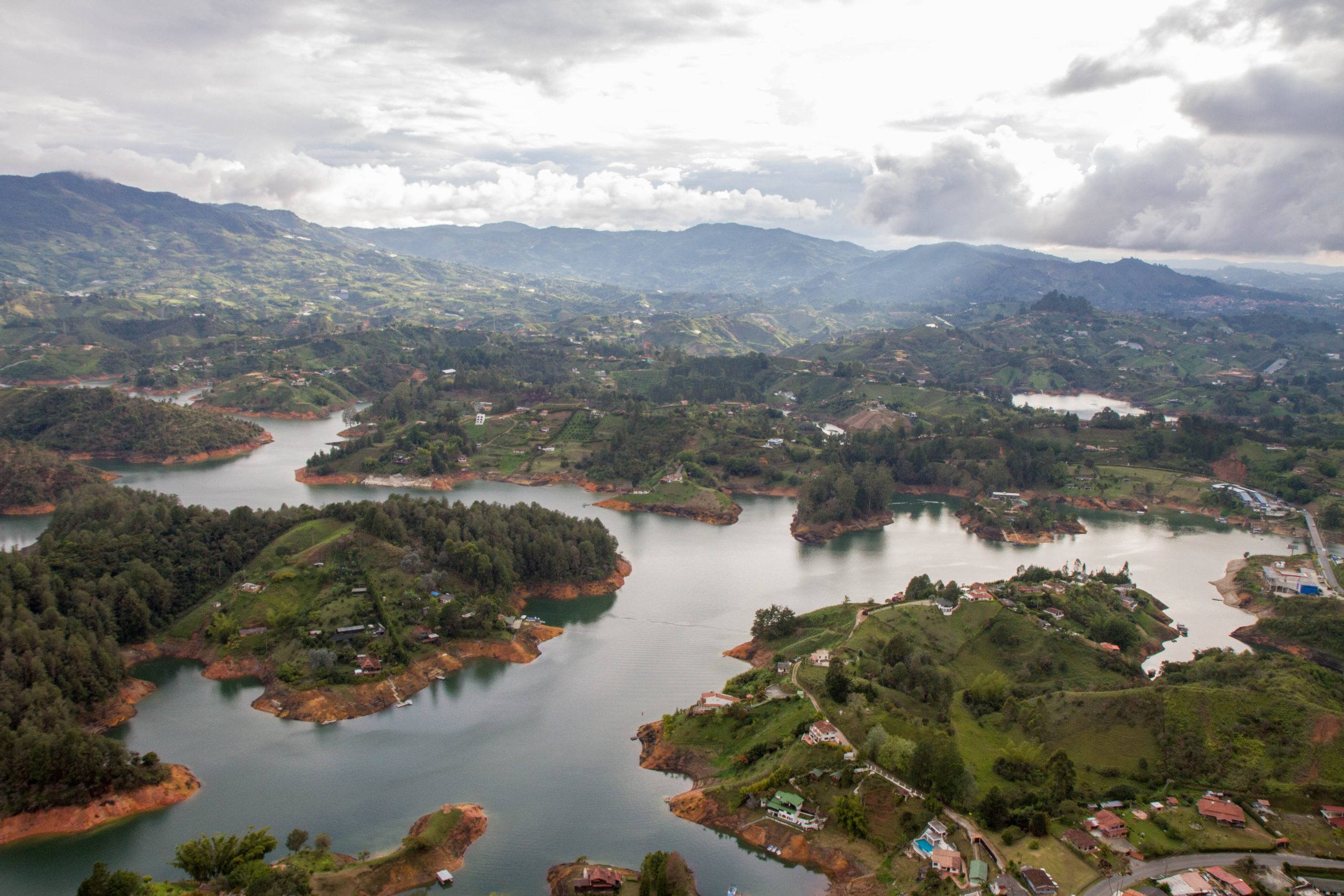 Guatapé and it’s surrounding lie in the in northwest of Colombia, east of Medellín. It’s known for its small villages with decorated houses surrounded by the man-made Peñol-Guatapé Reservoir which is home to the Rock of Guatapé (Piedra del Peñol).

Also known as El Peñon de Guatapé, thanks to the fierce rivalry between the towns it straddles, this 200m-high granite monolith rises from near the edge of the Embalse Guatapé. A brick staircase of 659 steps rises up through a broad fissure in the side of the rock. From the top there are magnificent views of the region, the fingers of the lake sprawling amid a vast expanse of green mountains.

Small little town that could just be the most colourful in the not just Colombia but the world. It is a great base to explore the region.