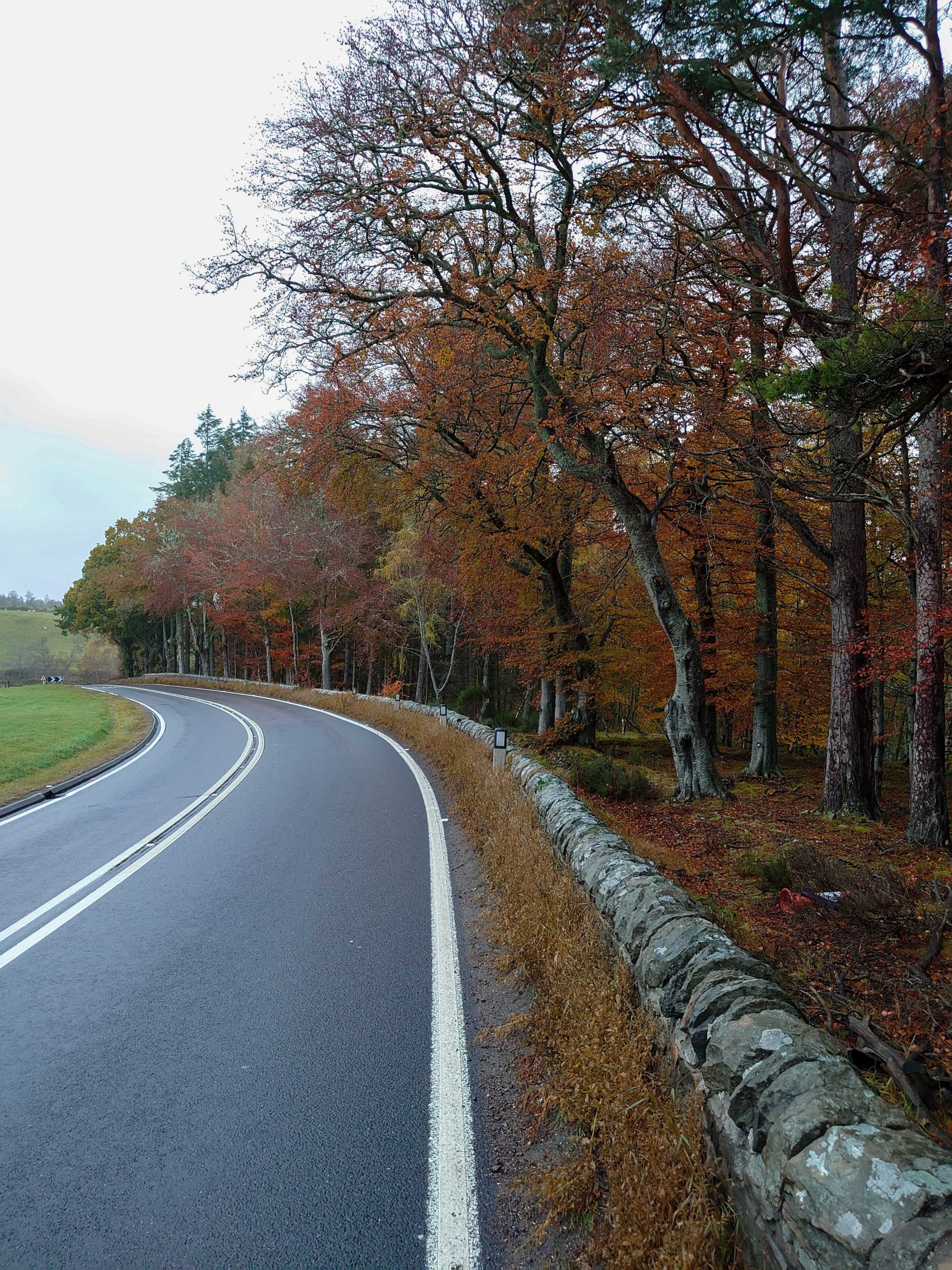 This Epic Ride takes place in Scotland, on a route is known as the Malt Whiskey trail. The short ride passes through the biggest cluster of Malt Whiskey Distilleries.

Roads: All asphalt. Check out this great write up here

There are many distilleries on the route. I’d say make your own way… Here are some I visited.

Founded in 1897, the Tomatin Distillery is a single malt Scotch whisky distillery in the village of Tomatin, 25 minutes south of Inverness.

Nestled deep in the beautiful Spey valley, Ballindalloch Castle has been the home of the Macpherson-Grant family since 1546. This Castle and gardens is not a distillery but is definitely worth a visit.

The Tormore is one of the younger Scottish whiskies, the distillery construction began in 1958 and was completed in 1960. It was the first new distillery to be built in the country in the 20th century.. It’s one of the most architecturally striking distilleries as it is made of granite, has copper rotors and a clock which plays four different Scottish songs each quarter of an hour. The topiary hedges in the garden are also clipped to the shape of a bell or still