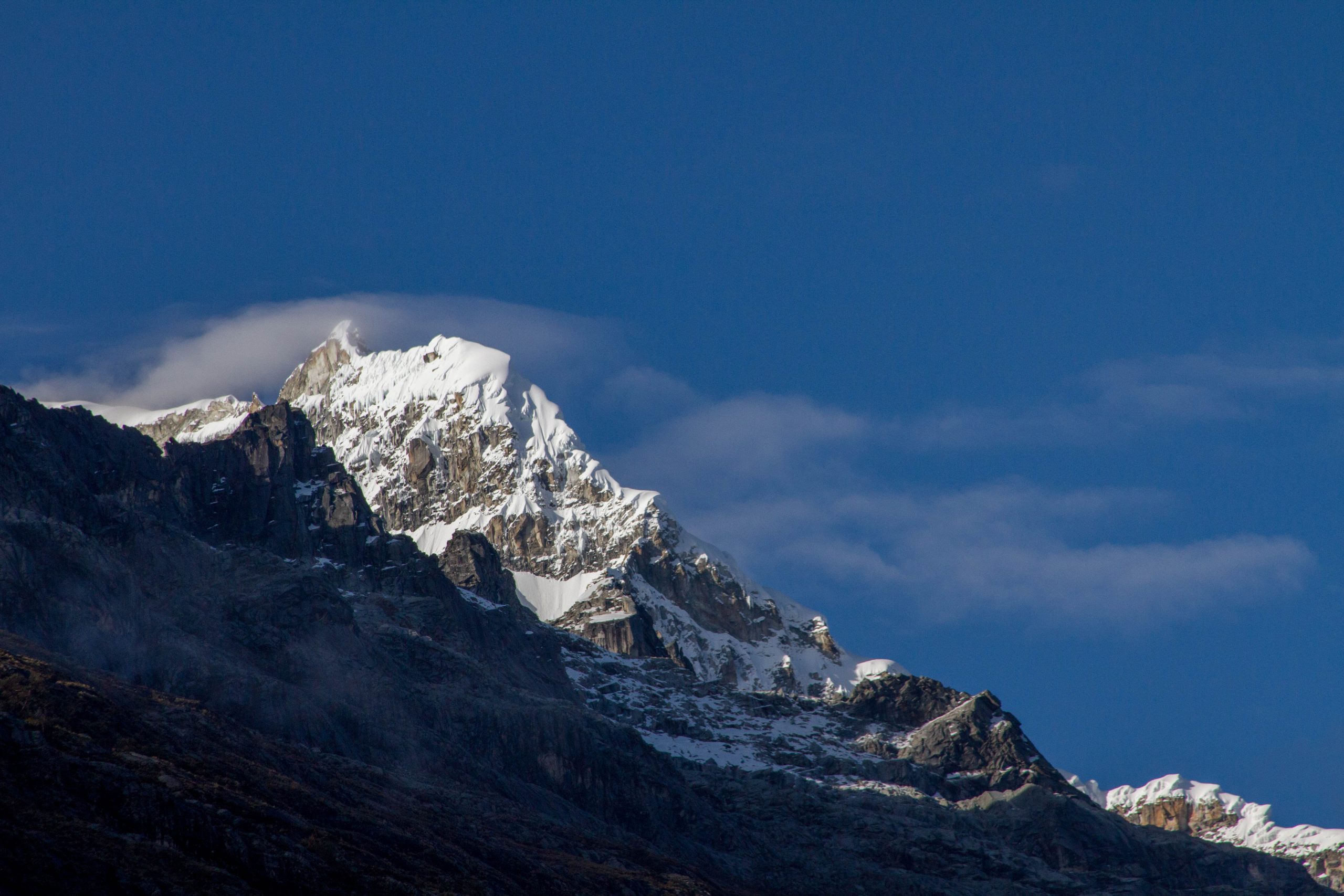 Huascarán National Park is situated in the Cordillera Blanca, the world’s highest tropical mountain range. Named after Mount Huascarán which rises to 6,768 m above sea-level, these lands boast deep ravines watered by numerous torrents, glacial lakes and a variety of vegetation. Making it a site of spectacular beauty.

I started the ride from Yungay. The road will be a straight climb until you get to the two blue lakes (near tyhe hike to Laguna 69). The the hairpins being. From there you can loop all the way back around to Yungay.

Situated in the aptly named Cordillera Blanca (“White Mountains”), Huascaran National Park protects the heart of the World’s highest tropical mountain range in the central Peruvian Andes. The area of 340,000 hectares covers a diverse mountain landscape from around 2,500m and culminating in 27 snow-capped peaks above 6,000m. It includes the spectacular Nevado Huascaran (Mount Huascaran), Peru’s highest peak at 6,768m, (named after the 16th Century Inca leader Huascar). The snow-covered peaks, the numerous tropical glaciers and glacial lakes, the high plateaus intersected by deep ravines with torrential creeks and the variety of vegetation types form a spectacular landscape of rare beauty.

Lake 69 is a small lake near of the city of Huaraz, in the region of Áncash, Peru. It is one of the more than 400 lakes that form part of the Huascarán National Park, a UNESCO Biosphere Reserve and World Heritage Site.