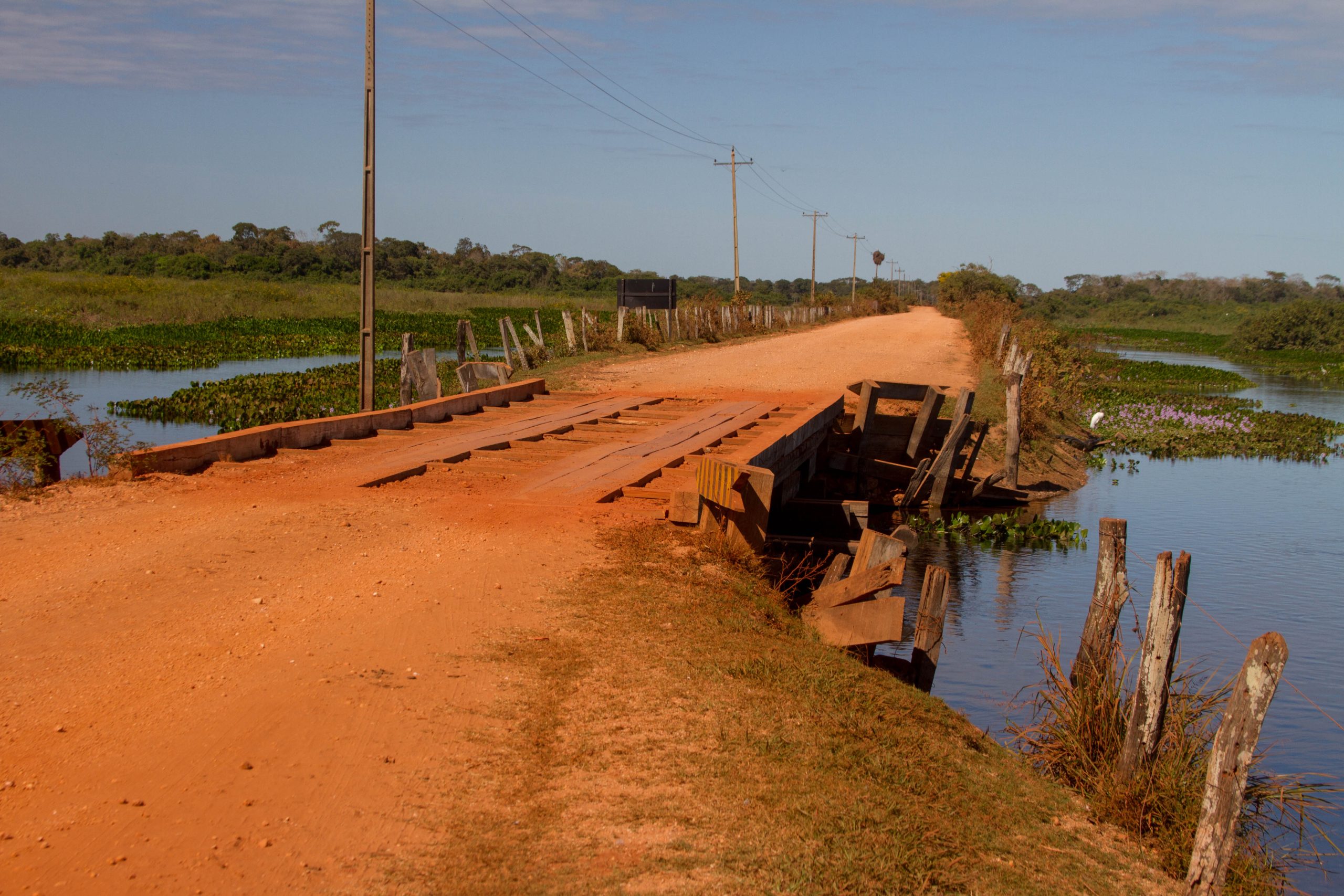 This Epic Ride is all dirt road and goes nowhere… well not exactly, the road is a link between the city of Poconé and the place of Porto Jofre. It’s 147 km long and crosses no less than 122 wooden bridges.

It was suppose to cut through the pantanal, but it was stopped half way because of either constant flooding or environmental reasons.

Anytime outside the Wet season

While it looks like the beginning of the Transpantaeria, this gate is actually a few kms into the 147km long dusty road. Most likely this is gate is used to close the road when it floods.

The Entrance gate is a great place to stop, get a photo and recharge before the long challenge ahead.

Whilst travelling along the transpantaneira, look over one of the many bridges your sure to find a number of caimans kicking back in the sun.

These guys are now protected and there are apparently over 10 million in the pantanal. crazy.

The transpantaneira boosts a lot of records. It has the most bridges for its length in the world. It is a dead end, so it has limited traffic. It goes through the biggest wetlands in the world.

It’s not prefect though, you will only be able to ride it in outside of the wet season… and in summer is it crazy hot.

National Geographic Documentary on the Pantanal