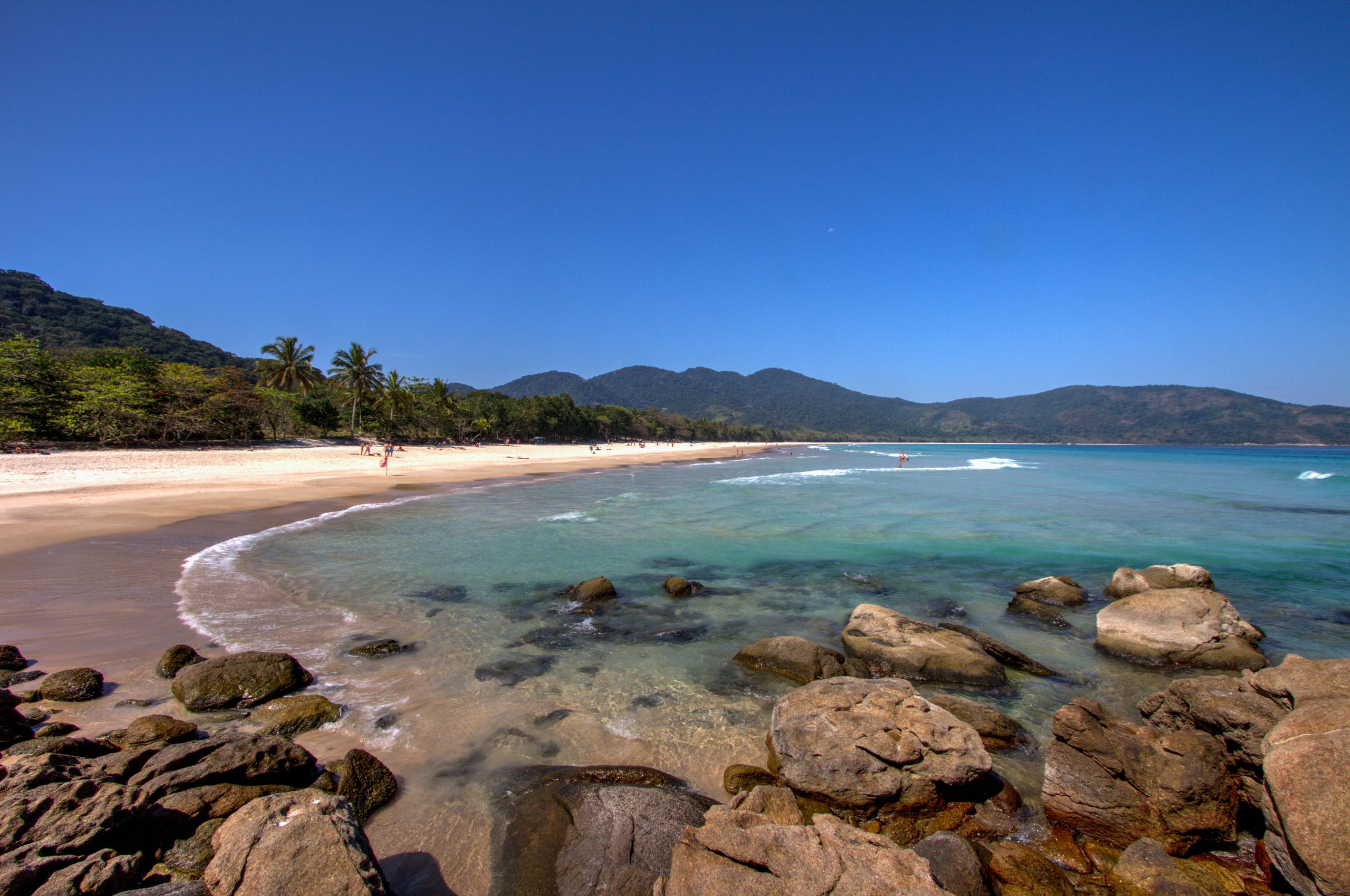 This Epic Ride snakes along the jagged coast south of Rio de Janeiro. The road goes through the most pristine stretch of Atlantic Forest of Brazil.

The road starts just outside the main town, Santos. Once you head towards Rio, you’ll be on BR-101.

As of 2017, mostly glorious windy asphalt.

The BR-101 runs along the jagged coast line of Brazil. This area is called Brazil’s Costa Verde. Characterized by the Serra do Mar escarpment reaching Atlantic Ocean. This creates a mountainous landscape very near the coast. It is considered the greatest extension of Atlantic Forest biome reaching the ocean anywhere in the world

Paraty is a charming little town that was once a thriving gold port. With its Portuguese colonial architecture, Paraty is known for the cobblestone-paved streets. No cars or trucks are allowed in this part of town, only foot traffic or bicycles.

Paraty has been able to maintain many of its historic buildings. Much of the architecture of the city has not changed for 250 years or more.

The Estrada Real winds from the coast town of Paraty to the breathtaking sceneries of mountainous regions around Cunha. You still can see parts of the old mule pathways used to transport Gold and other heavy loads in caravans down to the harbour city.

Pedra da Macela (1840m) is one of the highest peaks on Serra da Bocaina. This mountain is localized near of the border of Rio de Janeiro and São Paulo States and can be reached by a 2km steep walk.

Where this ride ends….. and the rumours are true, the powers of Rio will seduce even the most cynical of travelers with its charms. For starters, Mother Nature halts the march of the city at every turn, from the rainforest that creeps up its rolling hills to the huge lagoa (lagoon) surrounded by the continent’s most expensive real estate and, of course, the most beguiling stretches of urban beach on the planet – Ipanema, Copacabana, Arpoador and Leblon.