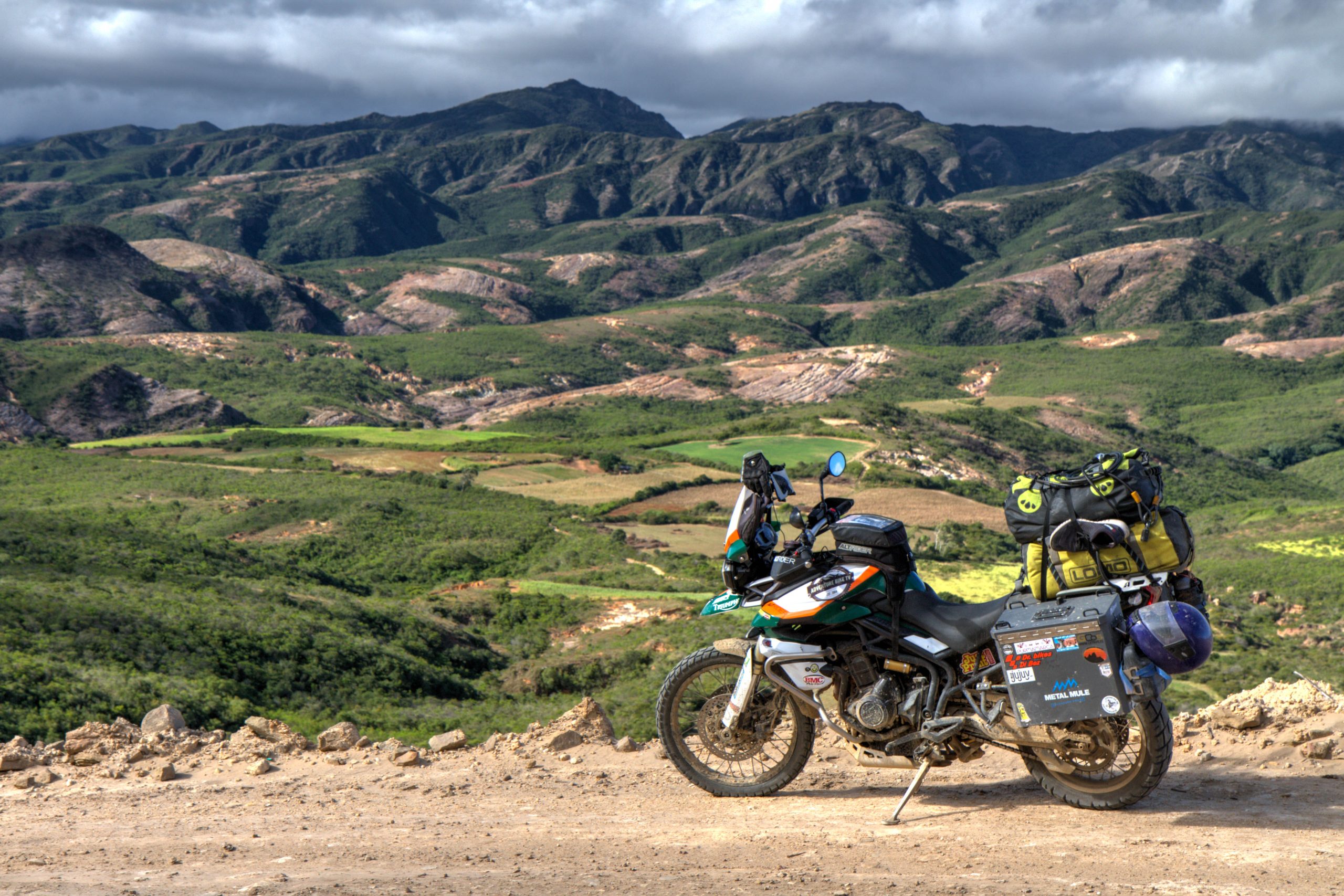 Vallegrande to Samaipata, via La Higuera

Either from Samaipata, Bolivia, or from Vallegrande, Bolivia

As of 2018, loose hard packed gravel. Because it is a mountainous road, it may become impassable during heavy rain. Some river crossing.

All year, though avoid after heavy rain

My tracking from Vallegrande to Samaipata (via La Higuera) . Tracking files can be downloaded here. (GPX/KML)

La Higuera lies at an elevation of 1950m, with a population of around 100 people. The village became famous in October 8, 1967 when Che Guevara was captured by the CIA-assisted Bolivian Army in the nearby ravine Quebrada del Churo, ending his campaign to create a continental revolution in South America. Che Guevara was held in the schoolhouse, where he was killed the next day. The body was then brought to Vallegrande, where it was placed on display and afterwards secretly buried under an airstrip.

The village is tiny and consists of only a school, main square and now two hostels. The whole village has several statues and monuments to Che.

La Pajcha is a lovely waterfall just off the road to Samaipata. It’s definitely worth a stop for a break after tackling the crazy roads.

Even if you’re staying in Samipata, it is only a 1hr 30min drive. Based on the time of year, you should have the place to yourself.

Make sure you climb to the top of the waterfall. there is small goat track from the entrance on the left

Here is a TimeLapse of the waterfall

Samaipata is place you’ll quickly fall for. It’s a small town in valley that has a great climate and a good mix or locals and expats. Check this separate post.

Let’s start with an overview. Like most places outside the cities in Bolivia, this route is remote and the roads are dirt and gravel. You won’t see many other vehicles on the road. This area was my favorite in Bolivia as the climate is mild and the rolling green valleys provide some stunning backdrops as you ride. The scenery is stunning.  However, based on the weather, your visibility could be limited to white cloud meters in front of you or lust green valleys as far as you can see. This ride is also part of the “Ruta del Che” (Che Guevara Trail). check out my vBlog of the Route below.

Time Lapse of a section of the ride