The Road of the Seven Lakes (Camino de los Siete Lagos) describes a section of road on route 234 between the towns of San Martín de los Andes and Villa La Angostura.

As the name implies, this 107km road goes through several lakes in the Patagonian area of Argentina. This area is also very close to the border of Chile and has some very accessible crossings.  As a generalization, the roads running parallel to the Andes in Argentina are less spectacular than Chile. This is mostly due to the fact that Argentina was more flat lands (Pampas) then Chile. Therefore, it is much easy to run roads on flat land than mountain ranges. This section is the exception, the road zigzags around the lakes before moving back on the flat lands both north and south of this region. Because of this, if you are heading north or south of this area, I’d recommend jumping across to Chile.

Located off the famous Ruta 40 in Argentina. The road starts either in San Carlos de Bariloche or San Martín de los Andes

All paved. unless you venture off into some side roads with will be gravel.

My tracking around the Road of Seven Lakes. Tracking files can be downloaded here. (GPX/KML) 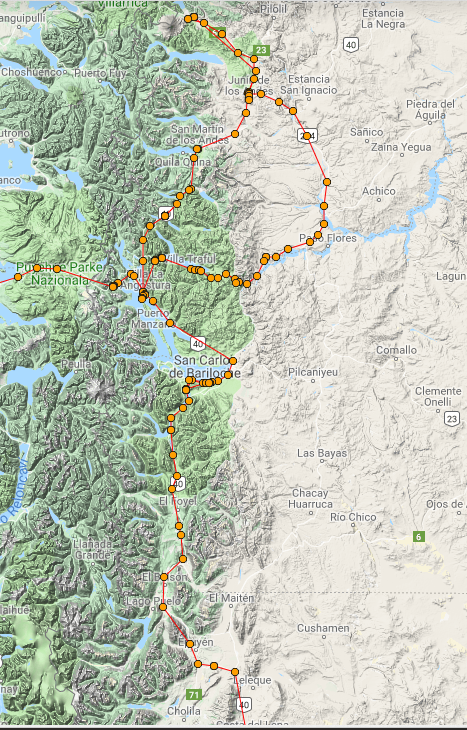 As the name suggests, this road winds around several lakes. But it is much more than that, the lakes are stunning blue colors with parts of the Andes as a back drop. What could be better than that? 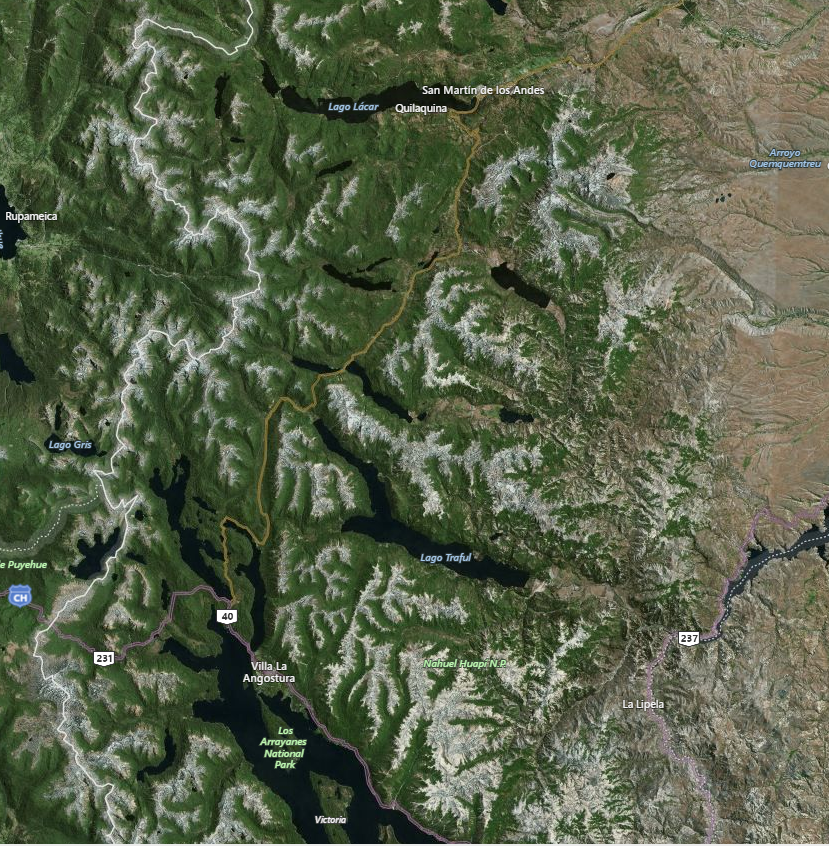 There are alot of little towns to visit during your time on the road, but by far the most picturesque is San Martin de los Andes.

Check out some sections of the Road of Seven Lakes.

Epic Rides in Morocco | The Gorges